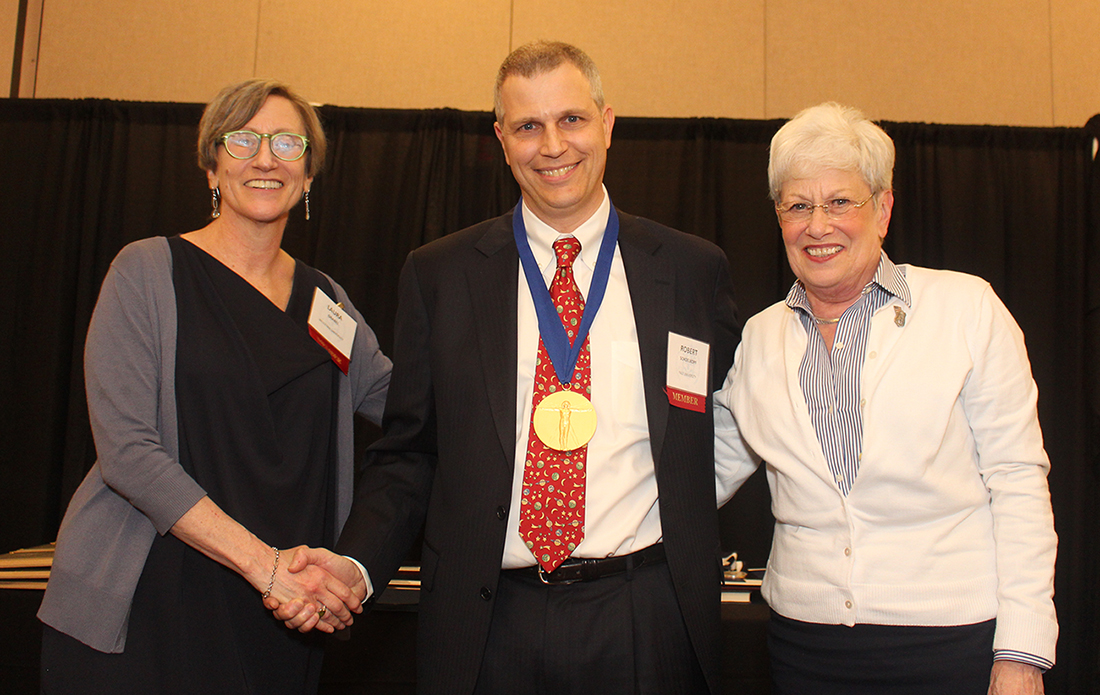 Professor Robert Schoelkopf, Sterling Professor of Applied Physics and Physics and Director of the Yale Quantum Institute, has been selected as the 2017 recipient of the Connecticut Medal of Science for his seminal contributions to the entire field of quantum science and to the new field of circuit quantum electrodynamics.

Schoelkopf is a leading experimental physicist, whose research has helped establish the field of quantum computation with solid-state devices. Together with his faculty collaborators at Yale, Michel Devoret and Steven Girvin, Schoelkopf has pioneered the approach of integrating superconducting qubits with microwave cavities, known as Circuit Quantum Electrodynamics. This Yale architecture, in which quantum information can be distributed by microwave signals on wires, is widely believed to be the most scalable path to useful quantum computers in the near future and has been adopted by a majority of other groups. Some of Schoelkopf’s other inventions include the Radio Frequency Single-Electron Transistor and the Shot Noise Thermometer.

“The State of Connecticut is proud to award the Connecticut Medal of Science to Robert Schoelkopf, who has made pioneering contributions to the field of quantum science,” said Governor Dannel P. Malloy. “I am particularly pleased that Rob, a world leader in this field, is right here in Connecticut.”

In addition to his scientific accomplishments, Professor Schoelkopf is a dedicated advisor and mentor to graduate and postdoctoral students, currently supervising 5 postdoctoral scholars and 11 graduate students; he has mentored an additional 30 post-undergraduate scholars and students in the past. Additionally, he has reached out to the non-scientific community about this complex field and frequently is invited to present talks and seminars around the world. He is regularly called on to advise industry and federal agencies on the development and commercialization of quantum technologies, and he is a co-founder of Quantum Circuits, Inc., a Connecticut-based company working to deliver the first quantum computers. Professor Schoelkopf earned a Ph.D. in Physics from the California Institute of Technology. A member of the American Academy of Arts and Sciences, the National Academy of Sciences, and the Connecticut Academy of Science and Engineering, he also received numerous awards and honors including recognition as a Fellow of both the American Association for the Advancement of Science and the American Physical Society. He has authored 145 papers in the field.

Professor Schoelkopf is a member of the Connecticut Academy of Science and Engineering.