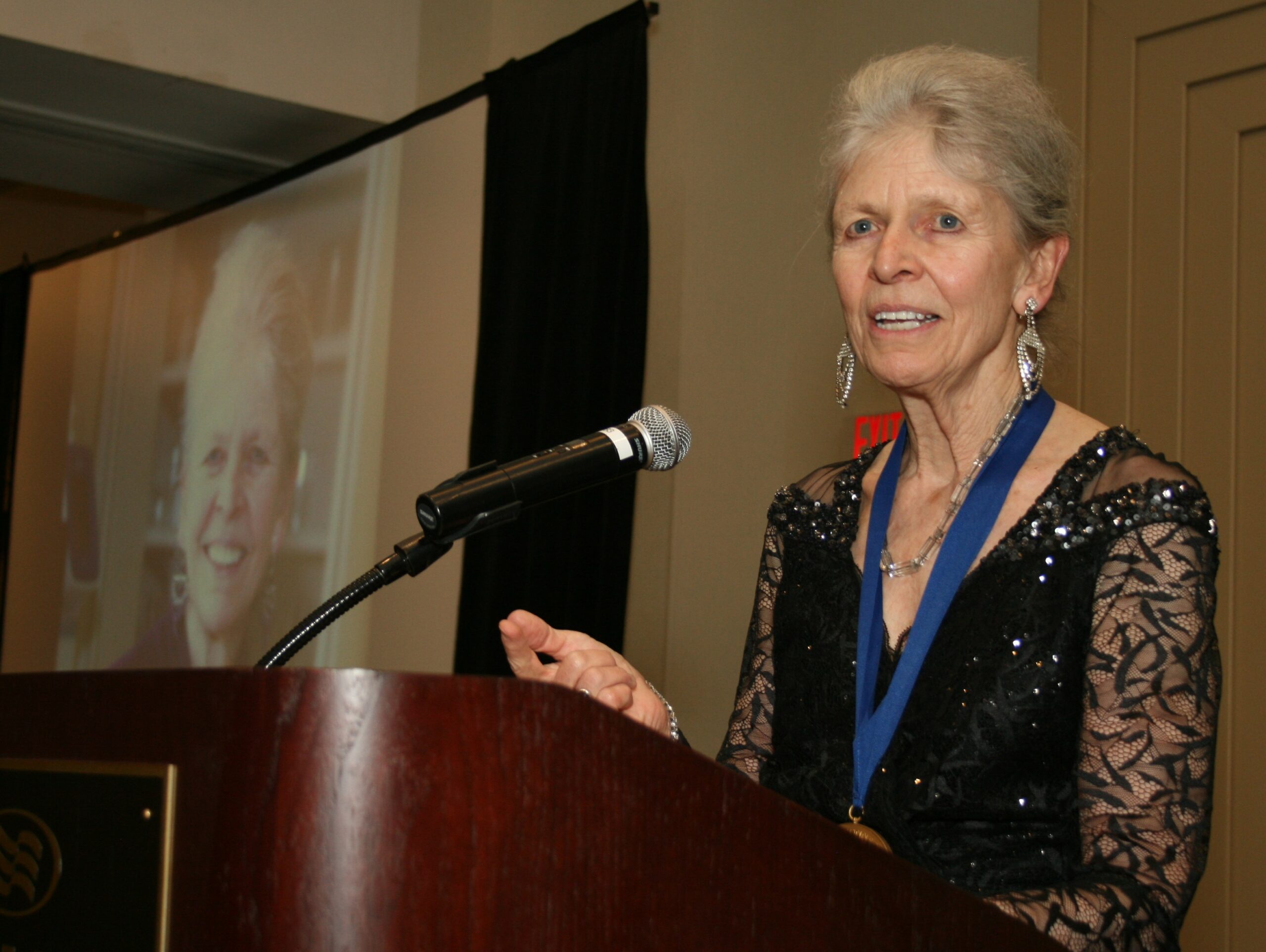 Joan A. Steitz was honored with the 2015 Connecticut Medal of Science for her seminal contributions to biology. Dr. Steitz is the Sterling Professor of
Molecular Biophysics and Biochemistry at the Yale School of Medicine and an investigator for the Howard Hughes Medical Institute.

Best known for her pioneering work in RNA, Dr. Steitz is an international leader in describing the molecular events involved in creating messenger RNA (mRNA). Messenger RNA transcribes information coded on DNA and delivers it to ribosomes, which translate the information needed to produce proteins. Her lab discovered tiny particles in cells called small nuclear ribonucleoproteins (snRNPs) and described their role in splicing, an essential step in creating mRNA. By employing human autoantibodies as probes for the snRNPs in in vitro pre-mRNA splicing reactions, she showed that the particular snRNPs carry out precise steps in pre-mRNA splicing, thus demonstrating that snRNPs were essential for making mRNA for the first time. This was a fundamental contribution to biology as it explained a critical step in the expression of almost all eukaryotic genes. With estimates that 70% of human genetic diseases can be traced to defects in pre-mRNA splicing, Steitz’s work also has a significant impact on understanding the pathogenesis of human diseases.

In her laboratory, Professor Steitz continues to explore RNA structure and function. Her research includes defining the functions of other noncoding RNPs, such as those that guide the modification of ribosomal RNAs and several produced by transforming herpesviruses. Today, her studies of noncoding RNAs include microRNAs.

In addition to her scientific accomplishments, Professor Steitz is a dedicated teacher of biochemistry to Yale undergraduates and a mentor and research advisor to graduate students and postdoctoral fellows. She is recognized for her commitment to the training and advancement of women scientists, in particular, and her inspired leadership led to a renaissance at Yale that made the Department of Molecular Biophysics and Biochemistry one of the nation’s strongest in molecular biology.

A graduate of Antioch College, Steitz holds a Ph.D. in biochemistry and molecular biology from Harvard University. Steitz has authored nearly 300 papers, many of them in the highest impact journals (Science, Nature, Cell, and PHAS). She is a member of the American Academy of Arts and Sciences, the American Philosophical Society, the National Academy of Sciences, and the Institute of Medicine. Dr. Steitz is the recipient of over 60 awards, including the National Medal of Science (1986).