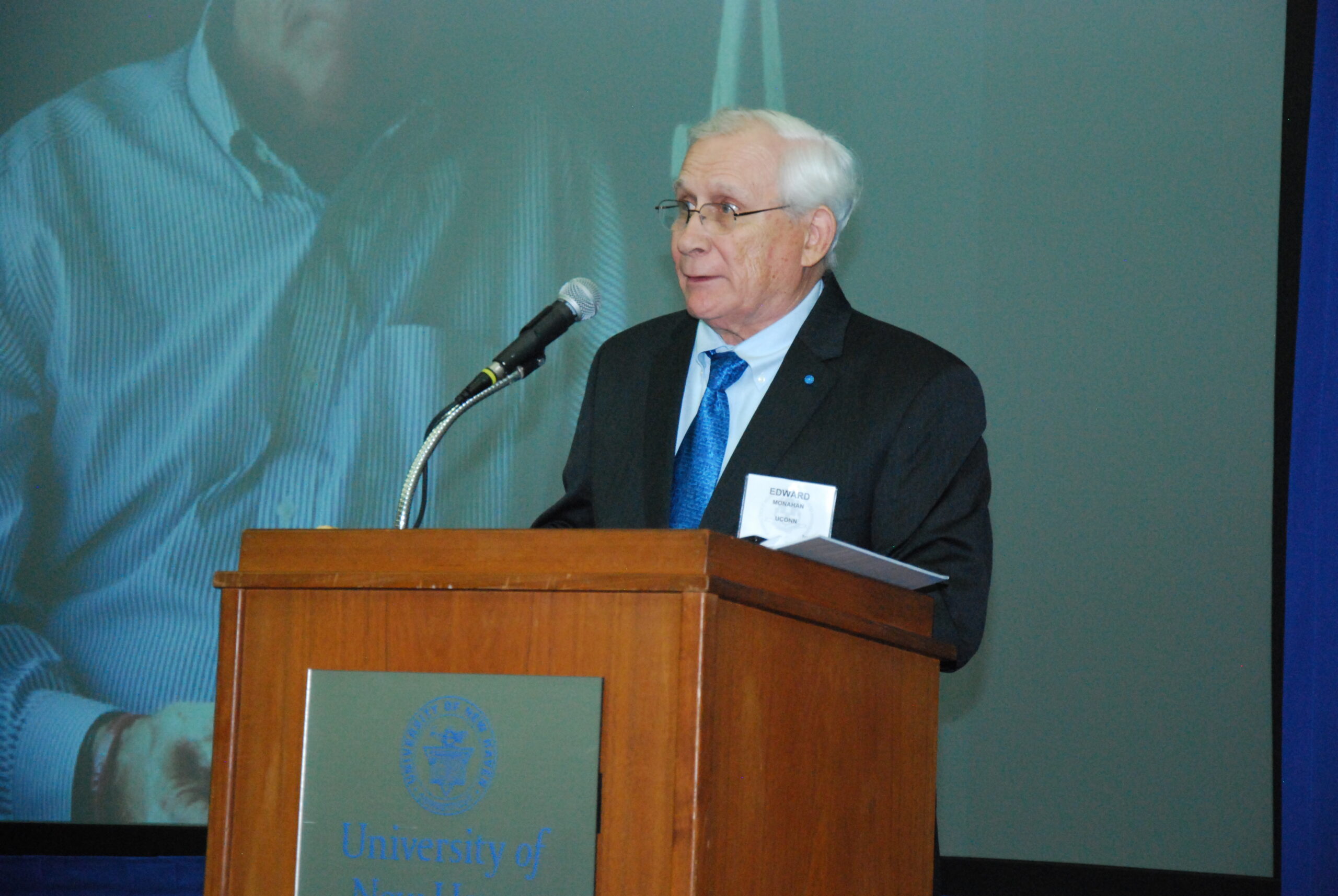 Edward C. Monahan was elected by the Academy’s Governing Council to receive the Distinguished Service Award for his outstanding leadership within the Academy, specifically for significant contributions through his 12 years of service as the CASE Bulletin Executive Editor ― Science.

Monahan was elected to the Academy in 1999 and has served as Executive Editor ― Science from 2004 to 2016. He is the longest-serving Executive Editor in the history of the publication, having exceeded the previous record of 10 years. He will retire from this role effective spring 2016. During his service, he provided expert scientific and technical advice, assisted in the selection of the feature articles, and reviewed each issue for high quality and to ensure that information of interest to the Bulletin readership was included and understandable to individuals with a wide range of backgrounds. In his capacity as Executive Editor, Professor Monahan also regularly attends and participates in quarterly meetings of the Academy’s Governing Council. Additionally, he has served as a study committee member on the CASE – Long Island Sound Symposium: A Study of Benthic Habitats (2004).

Ed received a Ph.D. from MIT, a DSc from the National University of Ireland, and is a Fellow of both the American Meteorological Society and the Acoustical Society of America. His research activities continue to center on investigations of those physical processes involved in the air-sea exchange. He has greatly enhanced the understanding of the role of bubbles in mediating the air-sea exchange of sea salt, moisture, heat, and gases, and while doing so has pointed out the significance of these air-sea interactions in the maintenance of the climate on earth.

For 20 years, he was the Director of the Connecticut Sea Grant Program and in retirement, currently serves as a Chairman of the Southeastern Connecticut Water Authority.