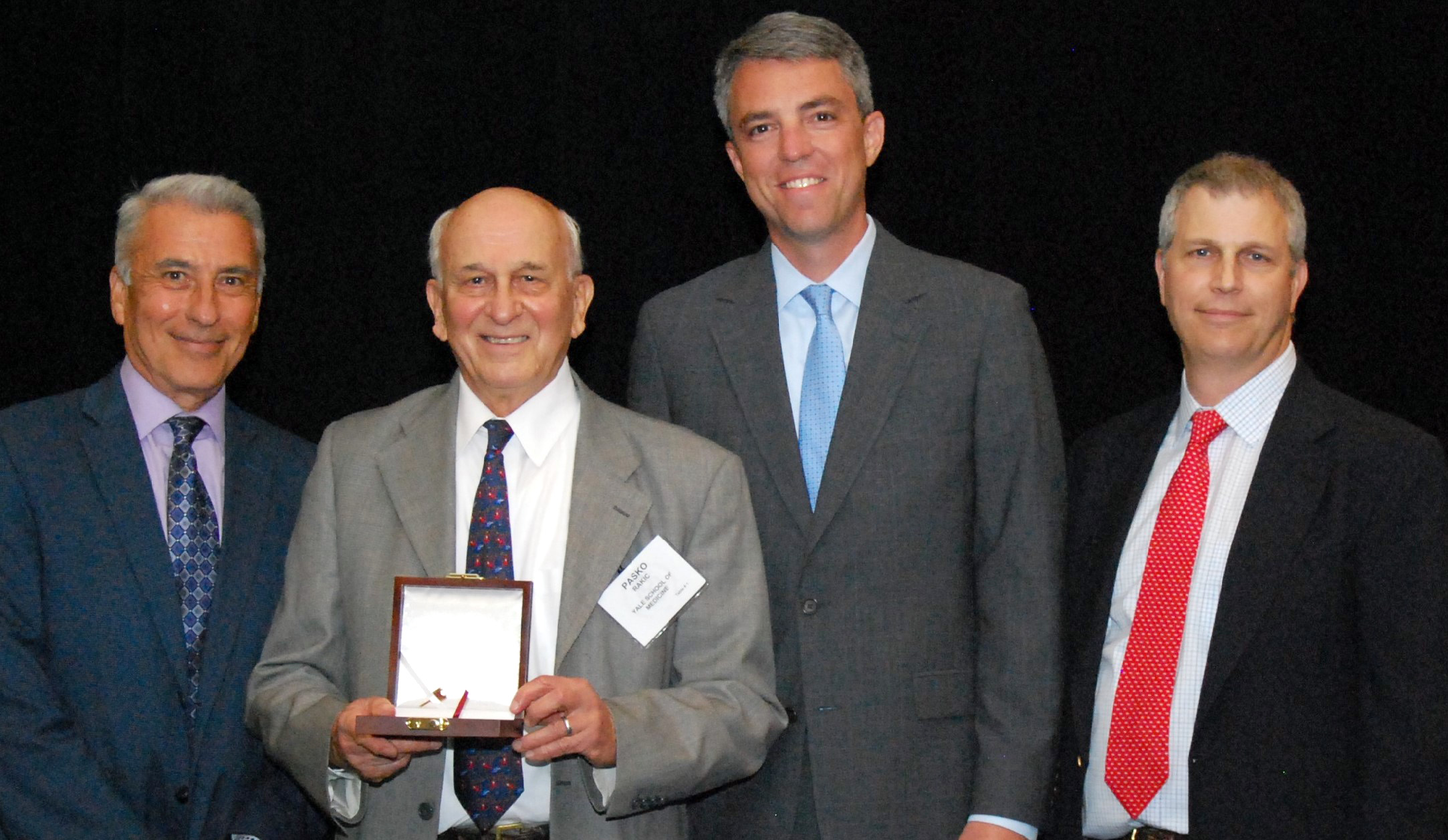 As a child during World War II in the former Yugoslavia, Pasko Rakic relied on reading to help escape the tragedy and sadness of losing his grandfather, uncle, and cousins. Although his parents did not have university educations, they loved and collected books. An avid reader, Rakic often read subjects above his age level, including entries from the encyclopedia. He also enjoyed painting and creating wooden models of trucks and airplanes, particularly since toys were not available during the war. Later, Rakic attended an Austro-Hungarian-style high school that emphasized classics, literature, and philosophy. He was an exceptional student who enjoyed vigorous discussions, often taking positions against the authorities and established dogmas. His independent thinking eventually led him to a medical breakthrough in the understanding of neural cell development, making him the “single most important contributor to our current understanding of the development of the cerebral cortex.”

Professor Rakic entered medical school at the University of Belgrade, where he was exposed to the work of Nobel Prize winner Santiago Ramón y Cajal, considered the father of neuroscience. Professor Ramón y Cajal wrote articles accompanied by detailed illustrations of complex nerve cells that sparked Rakic’s interest. After receiving his MD, Rakic began a neurosurgery residency in Belgrade, and in 1962 he was awarded a Fulbright fellowship in neurosurgery at Harvard University. There, he met neuropathologist Paul Yakovlev, who introduced him to the “joys of studying the development of the human brain.” Since Rakic believed he could achieve a deeper understanding of neural development through research rather than surgery, he returned to the University of Belgrade and earned a Ph.D. in developmental biology and genetics in 1969. His thesis provided the first experimental evidence that “cerebral cortex neurons do not generate locally but arrive in the cortex through a process of migration.” He returned to Harvard and continued research that led to the discovery that stem cells, which produce neurons, guide their progeny to proper positions in the brain. Professor Rakic “defined molecular mechanisms and proposed nomenclature for these developmental events that have been adopted as a generic blueprint for the evolution of the vertebrate nervous system.”

In 1978, Rakic was recruited to Yale as the Dorys McConnell Duberg Professor of Neuroscience and Professor of Neurology. At Yale, he continued to study brain development, discovering evidence that the number of neurons and their connections decline selectively to adult levels during puberty and adolescence. The processes he has identified influence our understanding of developmental disorders of childhood, including autism and intellectual disabilities. His observations have also informed our understanding of psychiatric and neurologic disorders of adulthood including schizophrenia, dementia, and epilepsy.

Professor Rakic is one of the founding recipients of the Kavli Prize, considered the most prominent neuroscience prize in the world. He is a member of the National Academy of Sciences, American Academy of Science, National Academy of Medicine, and of numerous foreign academies. He has mentored some of the most transformative neuroscientists in the world, including Professor Carla Schatz, Director of the Bio-X Initiative at Stanford University; Professor Pat Levitt, Simms/Mann Professor of Developmental Neuroscience at USC; and Professor Nenad Sestan at Yale, who leads the nation’s largest initiative on the molecular signatures of primate and human brain development.

Professor Rakic advises young people to select “some basic conceptual question and/or specific disease, rather than focusing on the methodology and the latest techniques.” As he notes, methods change, but basic biological questions remain, and “we in basic science are lucky, like artists, to work on not what we are told, but on what we are interested in.” He would like to someday be remembered as a self-made scientist who took advantage of the freedom and opportunities that were offered in the United States to pursue his interests and to do what he desired.

This summary, written by Wendy Swift, was produced for the Connecticut Science Center Medal Project.