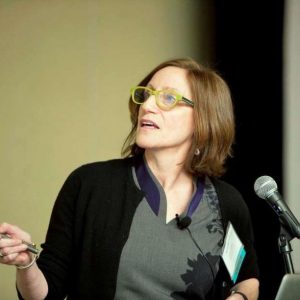 Dr. Grabel was elected to the Connecticut Academy of Science and Engineering (2007), to its governing council in 2012, and most recently as vice president, president, and past president, each for two-year terms (2014 to present). Additional Academy activities included her service as a member of the Academy’s peer review committee for the Biomedical Research Grants Project for the Connecticut Department of Public Health (2009 – 2013), as a keynote speaker on stem cell research at the Academy’s 38th Annual Meeting and Dinner (2013), and as a contributor to the Academy’s Science Matters! Series in partnership with the Hartford Courant News in Education Series. Professor Grabel is recognized for all her service on behalf of the Academy, but particularly for providing exceptional leadership as president of the Academy during a period of unique challenges.

As a leading expert in stem cell research, Professor Grabel has advised state and national governments, as well as public and private funding agencies, on the efficacy and promise of stem cell research. Her area of research includes the neurogenesis of embryonic stem cells, transplantation of embryonic stem cells derived neural stem cells and neurons in a mouse model of temporal lobe epilepsy, and cell migration in early mammalian development. She joined Wesleyan University in the biology department in 1984 after a postdoctoral fellowship for the National Institutes of Health at the University of California, San Francisco. At Wesleyan, Grabel served in various positions including as the Fisk Professor of Natural Science, director of graduate studies, chair of the biology department, and dean of natural sciences and mathematics prior to being named the Lauren B. Dachs Professor of Science and Society. She is the author or co-author of numerous, highly cited academic articles and a book on ethical stem cell research. Grants were awarded for her research from the NIH, American Cancer Society, the Donaghue Foundation, the National Science Foundation, Mellon, and Sonnenblick Cardiac Research Foundation. She served as Co-Director of the state-funded Human Embryonic Stem Cell Core Facility located in Farmington at the UCONN Health Center.

In 2019, Grabel was recognized as a Women of Innovation by the Connecticut Technology Council for her science, technology, engineering, and mathematics initiatives that support women in science. Examples cited include a course she taught on the biology of women at York Correctional Institution and collaborating with professional choreographers to convey complex scientific concepts through movement and dance in and outside of the classroom. Additional honors include NIH New Investigator and Career Development Awards. She is a Fellow of the American Association for the Advancement Science (AAAS), served as AAAS’s Biology Section Chair (2002-2005), and on the program committee (2002-2005). Professor Grabel has participated in numerous study sections and outside review panels, advisory panels, and has served as a journal reviewer and as an invited speaker nationally and internationally.

Grabel graduated from Brandeis University in 1972 with a bachelor’s in biology and earned a PhD in biology.