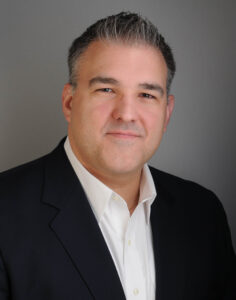 Rocky Hill, CT – José Manuel (Manny) Otero, PhD, Senior Vice President for Technical Operations and executive team member at Turnstone Biologics, Inc., has been appointed to the Academy’s 11-member Governing Council. He will serve through June 30, 2021, with the recommendation that his name be submitted for election by the membership for a six-year term beginning on July 1, 2021. Dr. Otero was humbled by the appointment and shared that his willingness to serve was easy as, “I have three little girls that are growing up in Connecticut, and with any luck, will call this home for a long time. I am not only fundamentally concerned that STEM opportunities will be available to them, but that they be on the cutting edge – representing the very best scientifically that the US can offer.” Christine Broadbridge, Council President and Southern Connecticut State University’s executive director of research & innovation, professor of physics, and director of the Connecticut State Colleges and Universities Center for Nanotechnology, recommended Manny for the appointment, which was confirmed by vote of the council. Professor Broadbridge noted, “Dr. Otero shares my passion and we both recognize that only through collaboration, hard work, and broadening our perspective as an organization can we best serve Manny’s three girls, along with the people and the state Connecticut.”

Dr. Otero is recognized for his engineering excellence in disruptive human therapeutics discovery and development and tackling global unmet human health needs. He contributed to the development of the first transformative HPV vaccine, enabled clinical study of the first human microbiome therapeutic, and is supporting the development of the next generation viral immunotherapies for cancer. Otero spent 12 years at Merck, initially as a staff biochemical engineer and leaving as director for project management and leadership in the area of vaccine manufacturing sciences and commercialization. He then joined Seres Therapeutics and was vice president for bioprocess development and manufacturing, and most recently as a senior leader at Turnstone Biologics. Turnstone is a privately held company that has attracted significant venture capital financing for its approach to attacking cancer. The company has received numerous awards including being named a 2017 Fierce 15 company.

With deep expertise in bioprocess development of advanced biopharmaceutical therapeutics, Manny’s expertise spans all aspects of drug substance and product across clinical and commercial manufacturing. This includes special focus on all aspects of chemistry, manufacturing and controls development for microbial-based manufacturing for vaccines/microbiome therapeutics, and live-virus vaccine manufacturing. Dr. Ashraf Amanullah, executive vice president for technical operations, InhibRx, Inc., a colleague of Dr. Otero’s from Merck, described him as, “… as always applying his talents in the most challenging and non-traditional biological systems. These products, and his contributions to them, have made a significant impact on global human health.”

In addition to his service on behalf of the Academy, Otero has made a commitment to science education as a member of the Connecticut Science and Engineering Fair’s advisory council and executive committee and to advanced degree education and mentoring.