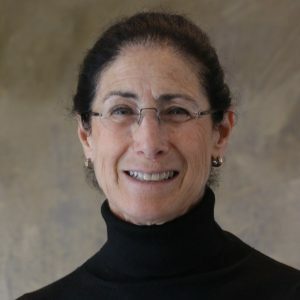 East Hartford, CT — The Connecticut Academy of Science and Engineering elected Jane K. Stahl, environmental consultant, and former deputy commissioner for the Connecticut Department of Environmental Protection (DEP), an Honorary Member of the Academy. Ms. Stahl will be recognized at the Academy’s 46th Annual Meeting to be held virtually on Thursday, May 27, 2021. The Academy’s Governing Council voted to name Jane an honorary member in recognition of her efforts in support of the Academy’s mission to advise on issues of science and technology that affect the economic and social well-being of the people and the state of Connecticut.

As Deputy Commissioner of DEP, Jane oversaw the state’s Air, Waste, Water, and Long Island Sound programs. In that role, she focused on integrating regulatory policies and practices among all environmental media and promoting a culture of professionalism and sensitivity to all constituents. She led several interagency programs to address climate change, smart growth, and water planning. Prior to that, she served as the assistant director for the Office of Long Island Sound Programs, and in that position was responsible for oversight and implementation of the state’s coastal planning, permitting, and enforcement programs, and served as liaison for major coastal development projects. This included oversight of the state’s environmental certification of the Thames River deepening project, which was critical to the Subbase New London’s role in the Navy’s Seawolf-class submarine program. Subsequently, she successfully defended that certification in a lawsuit brought in federal court. Additionally, she supervised the development of the state’s environmental case against closing Subbase New London during the 2005 Base Realignment and Closure (BRAC) proceedings.

Throughout her career with the state, Ms. Stahl served on several committees and boards, including as the state’s representative to the New England Governors’ Conference Committee on the Environment, the Coastal States Organization, and the Environmental Council of the States (ECOS). She also served on the executive committee of the National Environmental Justice Advisory Committee.

On behalf of the Academy, Jane is serving as a mentor to the Academy’s Inaugural Science and Technology Policy Fellow at the CT Department of Energy and Environment Protection. Additionally, she has served as a consultant on the Academy’s study on Strategies for Improving Transportation Project Delivery Performance (2016), and as a committee member for Academy studies on Methods to Measure Phosphorous and Make Future Projections (2014) and Environmental Mitigation Alternatives for Transportation Projects in Connecticut (2009).