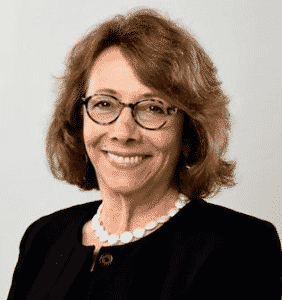 East Hartford, CT — The Connecticut Academy of Science and Engineering elected Dawn Hocevar, President and Chief Executive Officer, BioCT, an Honorary Member of the Academy. Ms. Hocevar will be recognized at the Academy’s 47th Annual Meeting in May 2022. The Academy’s Governing Council voted to name Dawn an honorary member in recognition of her efforts in support of the Academy’s mission to advise on issues of science and technology that affect the economic and social well-being of the people and the state of Connecticut.

As BioCT’s President and CEO, Ms. Hocevar is a leader for the state of Connecticut’s bioscience industry, including her contributions in strategic planning and the development of partnerships and collaborations critical to the industry’s growth. At BioCT she has been a catalyst, building collaborations with industry, academia, and government. In 2017 Dawn worked with Catherine Smith, who was serving at that time as the Commissioner of the Connecticut Department of Economic and Community Development, and the legislature to create a bill requiring the life science industry key stakeholders to develop the state’s ten-year strategic plan to guide investment in the Connecticut bioscience industry. Under Dawn’s leadership, BioCT has become an integral part of the life science industry ecosystem in Connecticut.

BioCT’s mission is to catalyze and accelerate growth in the life sciences with the goal of improving human health, by fostering a rich, innovative ecosystem and promoting Connecticut as a preferred destination for life science exploration and innovation. BioCT is the voice of the life science industry in our state’s capitol and at the federal level.

Dawn sits on the board of the Council of State Bioscience Association (CSBA), affiliated with the Biotechnology Innovation Organization (BIO). Prior to BioCT, Dawn served as Women in Bio’s Program Committee Vice-Chair (2011 – 2012), National Chair of Programs and Development (2012 – 2015), and later as the organization’s president and board chair (2017). She spent 20 years at Thermo Fisher Scientific, followed by 10 years at BioSurplus, where she steadily rose in leadership positions within the company until last serving as Vice President for National Business Development.

Honors awarded Dawn in Connecticut include the New Haven BIZ Power Class of 2020 and the Power 25 Class of 2021. Volunteer activities include Junior Achievement and Chair of Fundraising for The San Francisco School. Ms. Hocevar has a BS in Biology and Chemistry from San Jose State University.